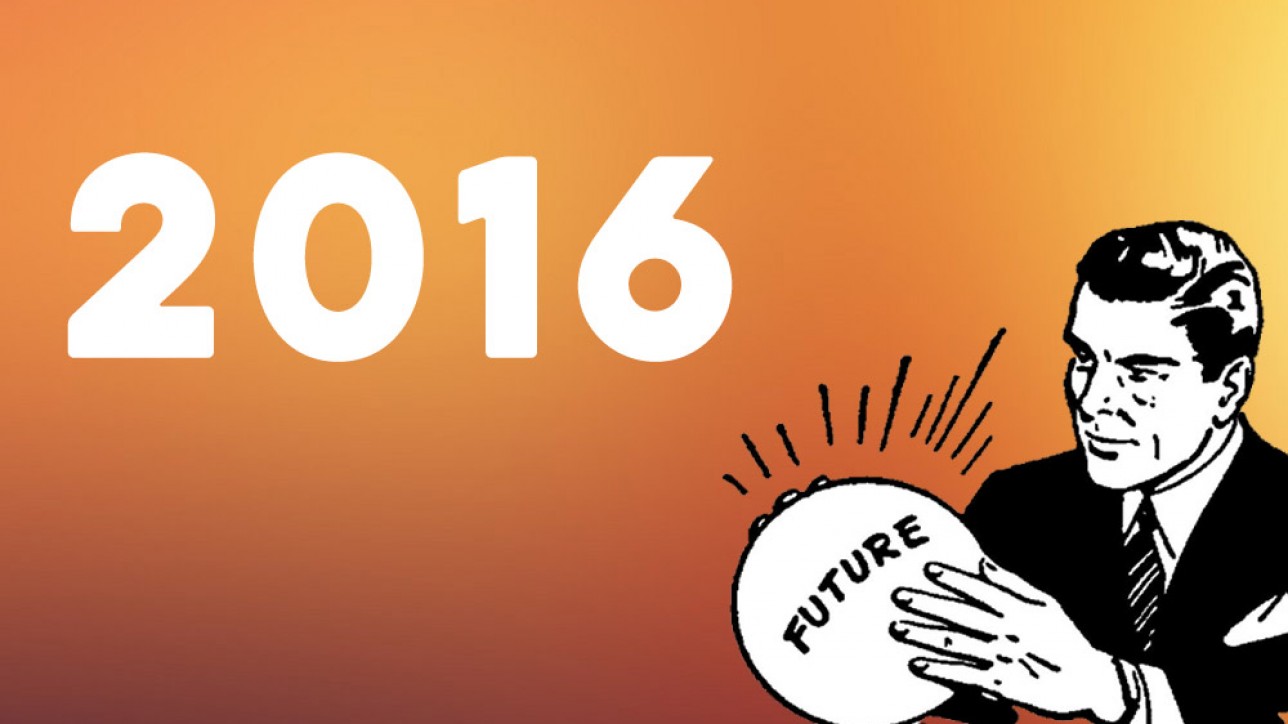 As I had some time relatively free, I thought I’d try some soothsaying. My predictions for the world in 2016.

1 – Podcasting will continue to grow as a medium. I predict there will be an as-yet unseen technological advancement which will propel podcasts further into the mainstream.

2 – We will see the first Premier League footballer to come out. He will be hailed as a trailblazer, a brave man, and a hero. And the first time he takes a corner at an away ground dozens of grown men will make lewd gestures at him and call him a ‘faggot’.

3 – Ireland’s general election will be an absolute disaster with votes spread across all the parties and independents to the point where it will take a ridiculous hodge-podge coalition to form a government. That government won’t last 18 months.

4 – The annoying nature of web advertising will see more and more people adopt ad-blocking software, particularly on mobile. Revenues will plummet, forcing publishers into ever more desperate short-term options to try and make up for it. Their insistence on using more pop-ups and more auto-play videos will mean more people use ad-blocking software, particularly on mobile … lots of websites will be unable to

5 – Branded content and native advertising will begin to irritate people as it becomes more prevalent. It will cause issues with credibility and editorial voice.

6 – The idea of paying for content won’t be so abhorrent to people. Donations, subscriptions and services like Patreon will become increasingly important – especially for small/medium publishers whose advertising revenue has fallen off a cliff. Readers/fans will be more willing to support content they like.

7 – I will continue to never visit a website with the word ‘bible’ in its name.

8 – Facebook will change their algorithms again so that publishers and websites will have no choice but to pay if they want posts that refer back to them to have any meaningful reach. They will also launch a proprietary audio platform or functionality to get in on the podcast action.

9 – Attention spans will grow shorter, but clickbait headlines, especially via social media, will become less and less effective. The lines between what’s real and what’s not will blur, probably because of politics and the divisiveness of online discourse.

10 – Somebody will invent headphone cables that don’t get wrapped around the goddam wheels of my goddam chair.