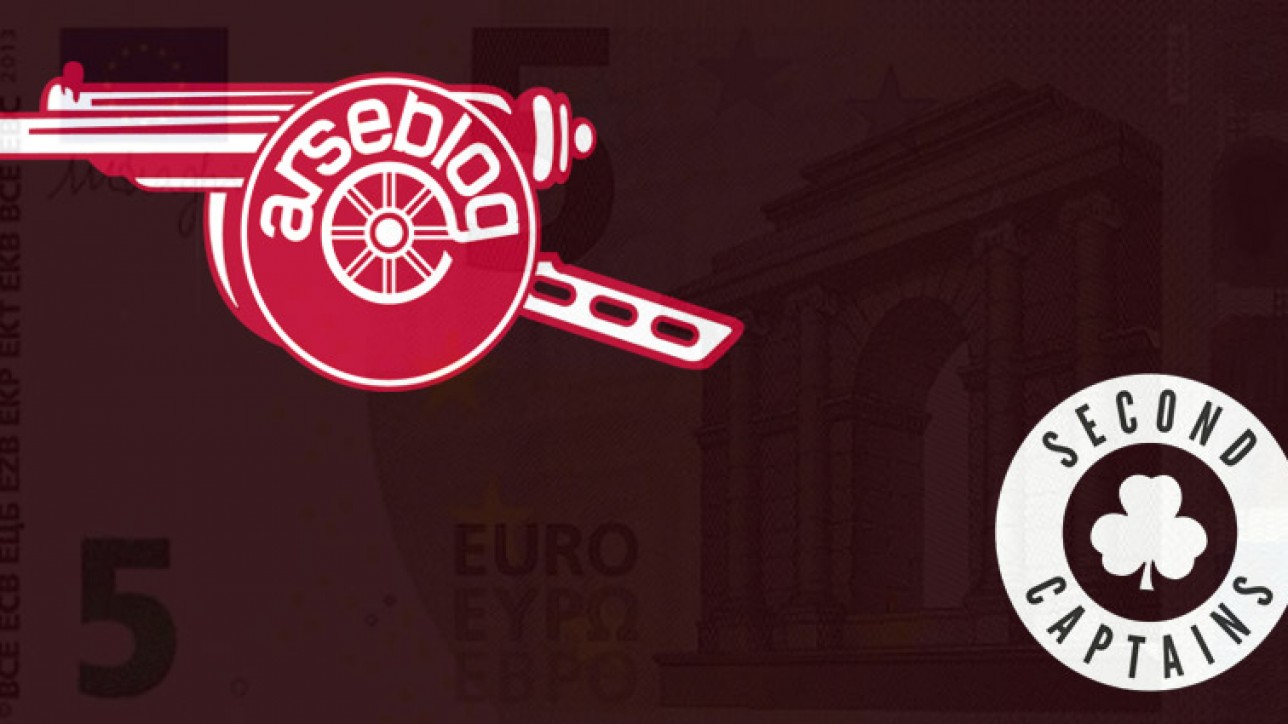 I have been delighted to see the response to Second Captains decision to move away from the sponsorship/advertising model, to content that’s paid for by the people who consume it.

Whether that was their plan all along is another question. Quite why the Irish Times didn’t want to continue with what was clearly the most best and most popular ‘Irish’ podcast begs questions of their digital strategy, but that’s really beside the point.

Full disclosure at this point: I know the Second Captains chaps some, I’ve appeared on the podcast, I enjoy what they do, and they’re all sound blokes.

As someone who started podcasting on arseblog.com in 2006, and who only really started making any money from it in the last 12-18 months, it’s great to see that fans of shows are willing to support that show financially.

Not simply because it allows Second Captains to continue and add to their already excellent work, but because it shows that the line between the money you have in your pocket and the money you spend online is closing.

€5 a month is not very much at all, but the Internet as most of us have known it has been based on an everything for free model. We have become so accustomed to getting everything for nothing that being asked to pay for anything becomes anathema.

In recent years that has changed somewhat. The success of iTunes came at the expense of the free download Napster etc model which many had grown used to. Apple made it simple and easy to buy music, so people did.

Movies and TV shows are still downloaded via Torrents and file-sharing sites, but the advent of Netflix and other streaming services mean that the average person will choose the convenience of that over downloads, RAR files, and all the rest.

When it comes to written content, and podcasts through, we’re still not quite there. Having run Arseblog for 15 years, it’d be fair to say that by any normal standards our business model is pretty rubbish. We make content seven days a week then give it away for free – although it is, of course, ad supported.

That means writing a 1000 word blog seven days a week, 365 days a year (that’s about four novels worth of writing each year from the blog alone). That’s match previews, match reports, stats, player ratings, news, transfer gossip, focus on the youth and ladies teams, columnists, opinion, tactics, analysis, interviews, and everything else distributed via our website, social media or our apps. All free, all the time.

And if we decided tomorrow to go behind a paywall, a lot of our audience would probably not come with us. Not because they don’t like us, but because there’s still so much other free stuff out there to fill the gap. Yet, with the increase in ad-blocking technology – in part fueled by advertisers who resort to more and more nefarious methods to counter ads that are already being blocked – we may have no choice in the future.

We have strict guidelines about the kind of advertising we run on the site, to ensure that readers are not inconvenienced or annoyed. These include:

That really just leaves us with basic display advertising*, and we do urge readers who use an ad-blocker to whitelist us if they can, but we’re aware that for many the only good ad is an ad you can’t see.

My prediction is that blocking will become more and more commonplace, and ultimately the only way forward will be some kind of subscription based model. That’s why it’s encouraging see to Second Captains get the support their content merits. The challenge for other small/niche publishers, is to ensure that readers/listeners etc can see the value in that support.

I recently gave a talk in DIT about web publishing etc, and when I asked for a show of hands from people who had a favourite website/blog/podcast, it included pretty much everybody in the lecture. When I asked how many people would be willing to pay a monthly subscription of €5 for the same content, I’d estimate there were 15-20% of the hands left in the air.

So I did some maths for them – let’s say a coffee is €2.50, you’re spending €12.5o a week on that, maybe €30-50 a month in total. You don’t notice that money going out of your pocket on a daily basis because you’re spending small increments, so in that context a fiver for a website you love isn’t outrageous by any means.

Quite a few said they’d never thought about it like that. Spending €5 in the ‘real’ world is easy, but people seem to consider that a lot of online money, even if it’s going towards something they consume every day.

It’s less than a pint of beer. It’s half the price of a packet of cigarettes (for those of you still on 20 a day you’re spending €300+ a month on that, what’s €5 in the grand scheme of things?!). A burrito is more expensive. You can barely get a sandwich. Some bottles of craft beer in the supermarket are almost a fiver. A bus journey in and out of town. A cinema ticket for two hours entertainment costs €10+, so what’s half that for seven days a week of well produced content about a thing you love?

There are countless things that you spend more on every week without even thinking about it, so if more people applied to same standards to what they’re willing to spend online it would change the landscape considerably.

1 -* We do events, publish books etc, so advertising is not the only income source, but it is the primary one.

2 – The most obvious consequence of the Second Captains move to Patreon for me isn’t simply that people are willing to pay, it’s that it has enabled them to produce more interesting and varied content than they did previously. So people are getting value for their money and also enabling talented people to give them more for it.

ps – I know the coffee thing is a bit worn now, but it really is a great example of something people spend money on every day without much consideration.